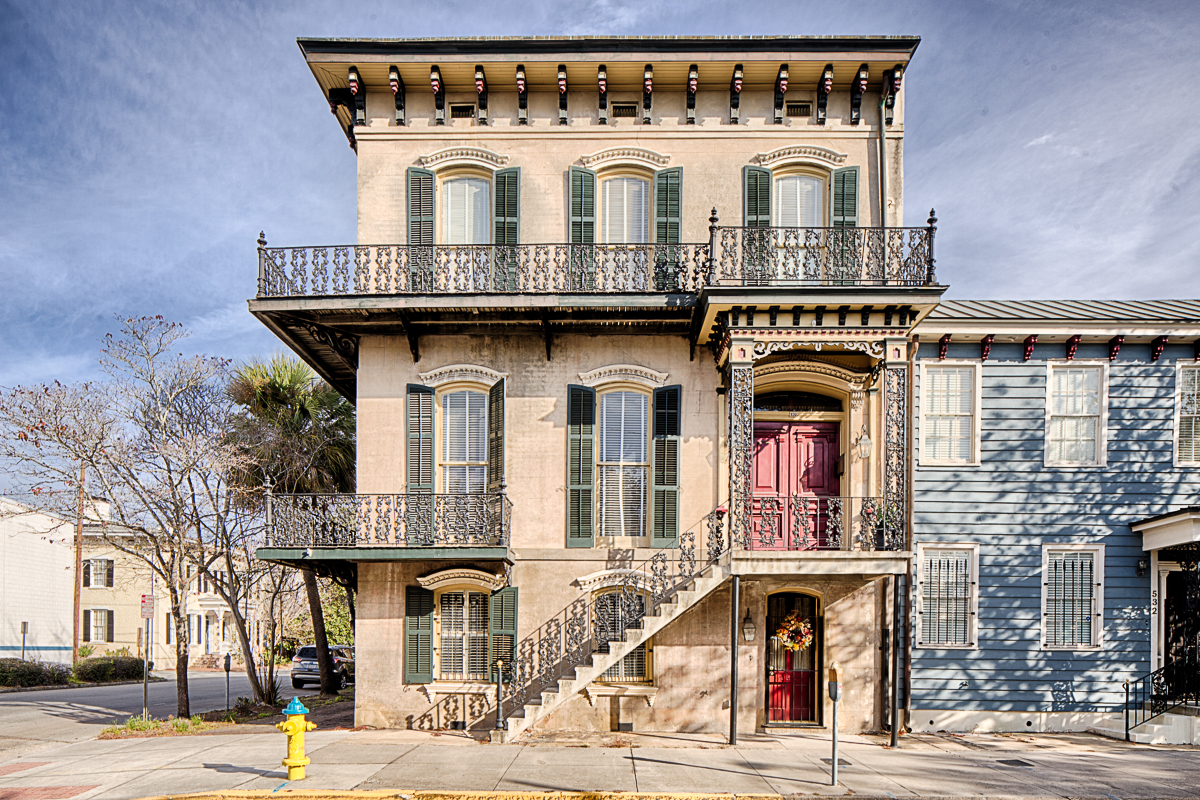 The home is a popular site for the trolley tours to see as the Rourke family was largely responsible for much of the city’s historic ironwork – and this home is one of the most prized examples! 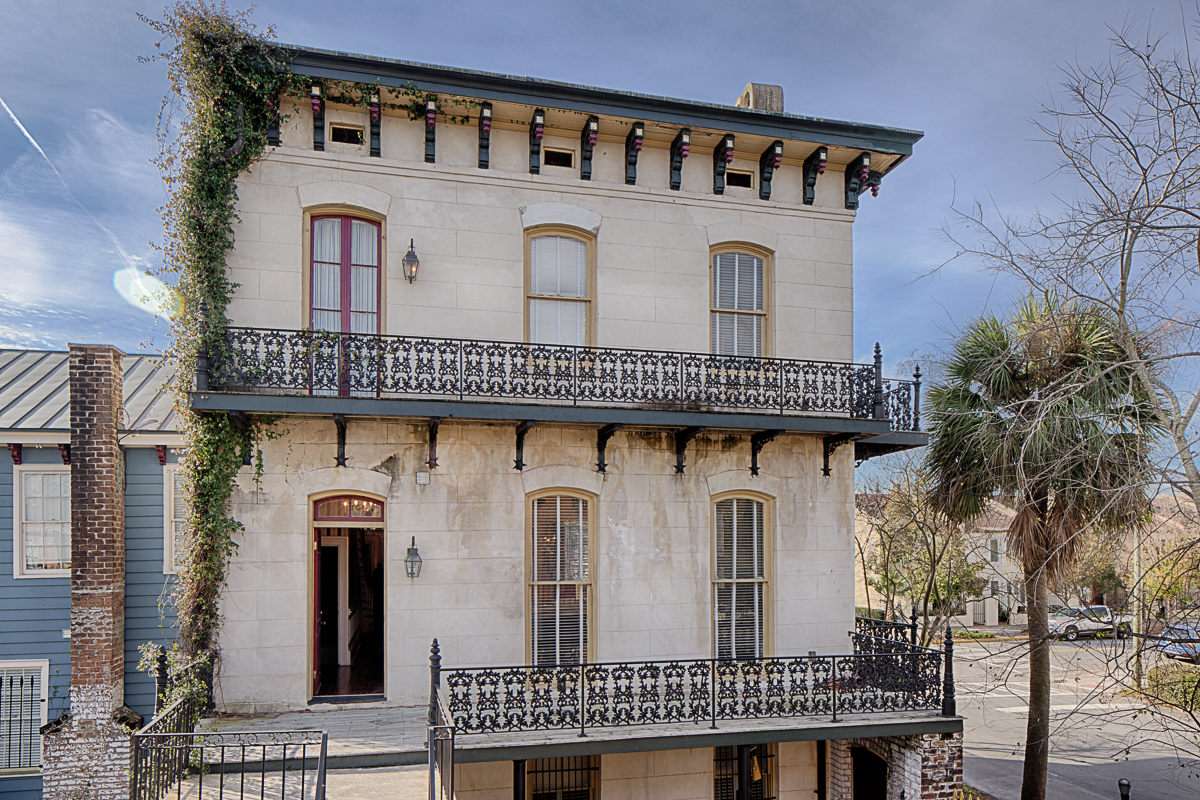 530 East Broughton Street is a stunning Italianate revival building situated on one of Savannah’s most famed corridors. The home was built in 1884 for John Rourke who was a prominent ironmaster in Savannah. He and his son, (James Rourke) began the John Rourke and Son Co. in 1880 and it remained in business until around 1953. The company specialized in novelty iron and brass works. In addition to his exquisite iron designs, Mr. Rourke was extremely active in Savannah community affairs and was known for his lavish and patriotic 4th of July celebrations. 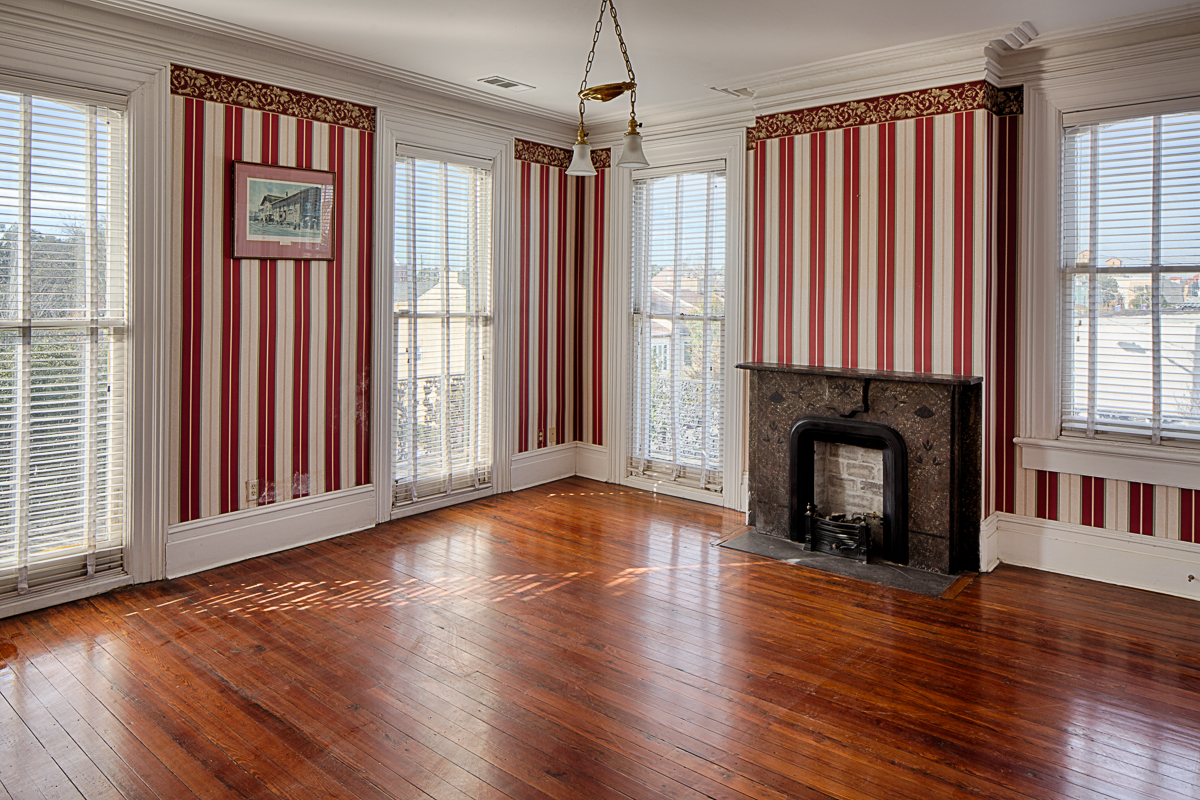 Situated on East Broughton Street, the building could be used as single family, multi family or commercial. The interiors are meticulously maintained and include large parlors ideal for entertaining or as functional office space. There are two bedroom and bathroom suites as well as a substantial courtyard and two carriage house apartments. The historic home next door at 532 East Broughton is offered together with 530 East Broughton or separately and includes two-bedrooms and two and one half bath as well as the rare luxury of ample off-street parking and a two-car garage. 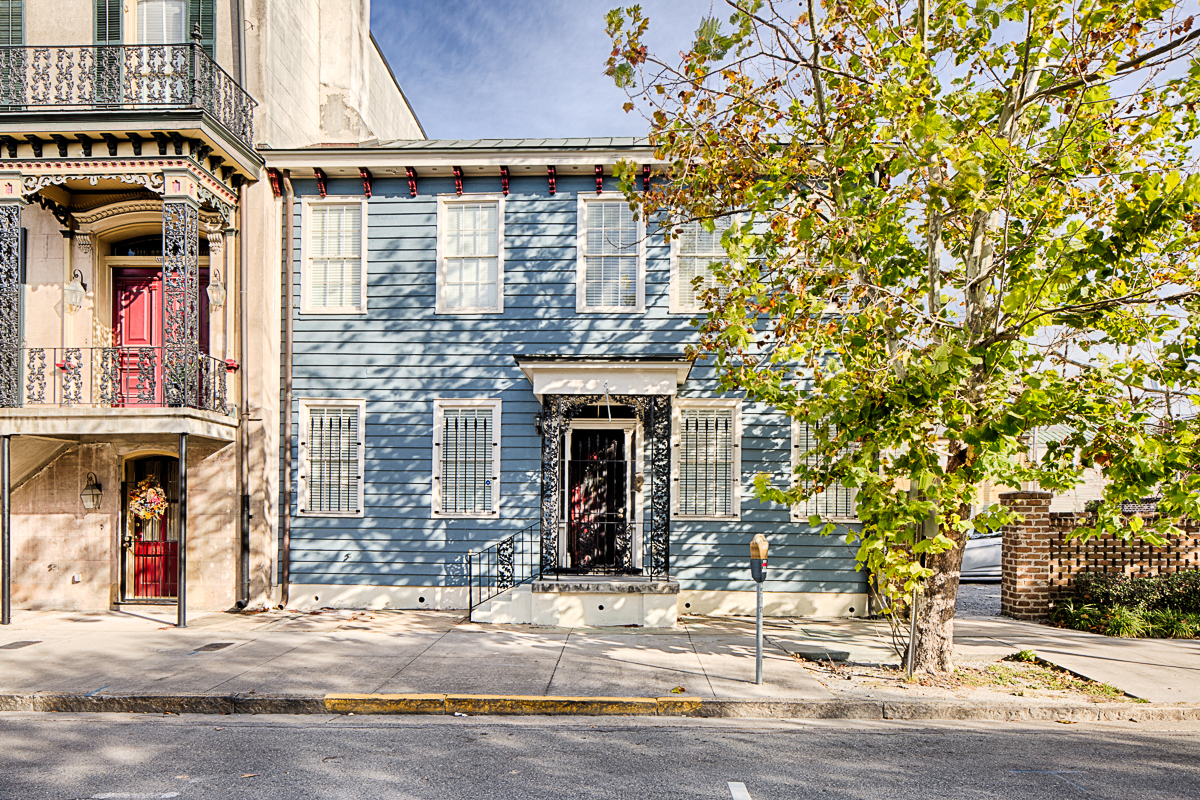 “This is one of Savannah’s most special homes due to the large amount of historic ironwork and interior woodwork. It has been well maintained and would make a wonderful residence or would be suitable for a bed and breakfast or even a restaurant or corporate office.” – Staci Donegan