Savannah’s National Historic Landmark District is Hotter Than Ever 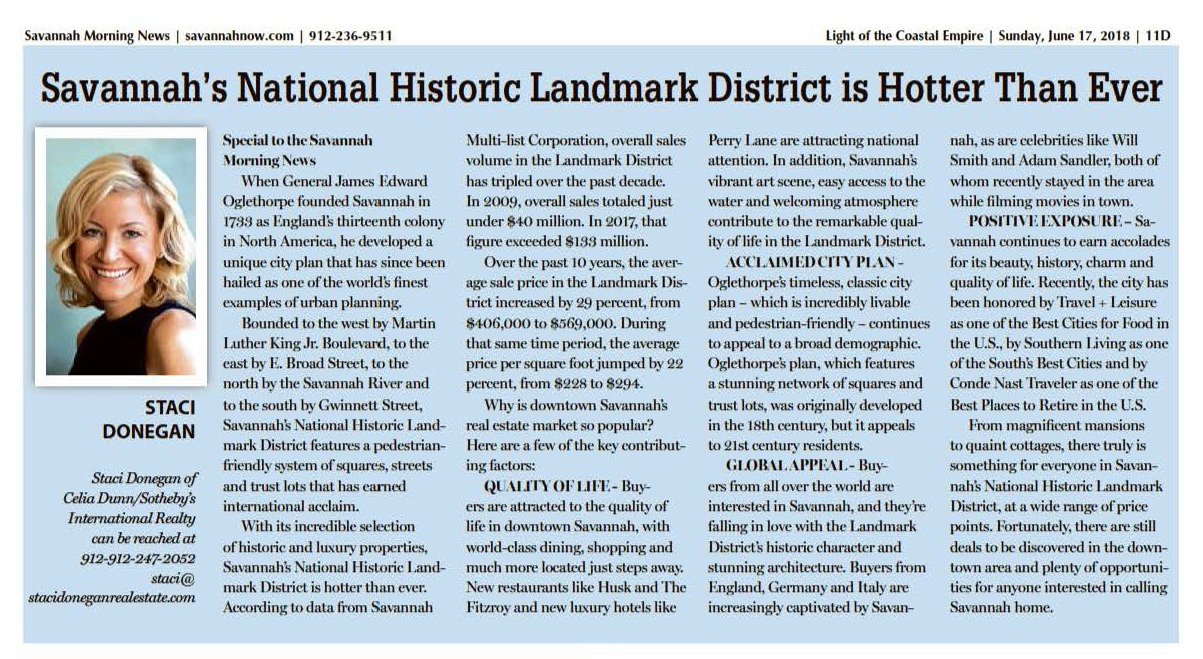 When General James Edward Oglethorpe founded Savannah in 1733 as England’s thirteenth colony in North America, he developed a unique city plan that has since been hailed as one of the world’s finest examples of urban planning.

Bounded to the west by Martin Luther King Jr. Boulevard, to the east by E. Broad Street, to the north by the Savannah River and to the south by Gwinnett Street, Savannah’s National Historic Landmark District features a pedestrian-friendly system of squares, streets and trust lots that has earned international acclaim.

With its incredible selection of historic and luxury properties, Savannah’s National Historic Landmark District is hotter than ever. According to data from Savannah Multi-list Corporation, overall sales volume in the Landmark District has tripled over the past decade. In 2009, overall sales totaled just under $40 million. In 2017, that figure exceeded $133 million.

Why is downtown Savannah’s real estate market so popular? Here are a few of the key contributing factors:

QUALITY OF LIFE – Buyers are attracted to the quality of life in downtown Savannah, with world-class dining, shopping and much more located just steps away. New restaurants like Husk and The Fitzroy and new luxury hotels like Perry Lane are attracting national attention. In addition, Savannah’s vibrant art scene, easy access to the water and welcoming atmosphere contribute to the remarkable quality of life in the Landmark District.

ACCLAIMED CITY PLAN – Oglethorpe’s timeless, classic city plan – which is incredibly livable and pedestrian-friendly – continues to appeal to a broad demographic. Oglethorpe’s plan, which features a stunning network of squares and trust lots, was originally developed in the 18th century, but it appeals to 21st century residents.

GLOBAL APPEAL – Buyers from all over the world are interested in Savannah, and they’re falling in love with the Landmark District’s historic character and stunning architecture. Buyers from England, Germany and Italy are increasingly captivated by Savannah, as are celebrities like Will Smith and Adam Sandler, both of whom recently stayed in the area while filming movies in town. 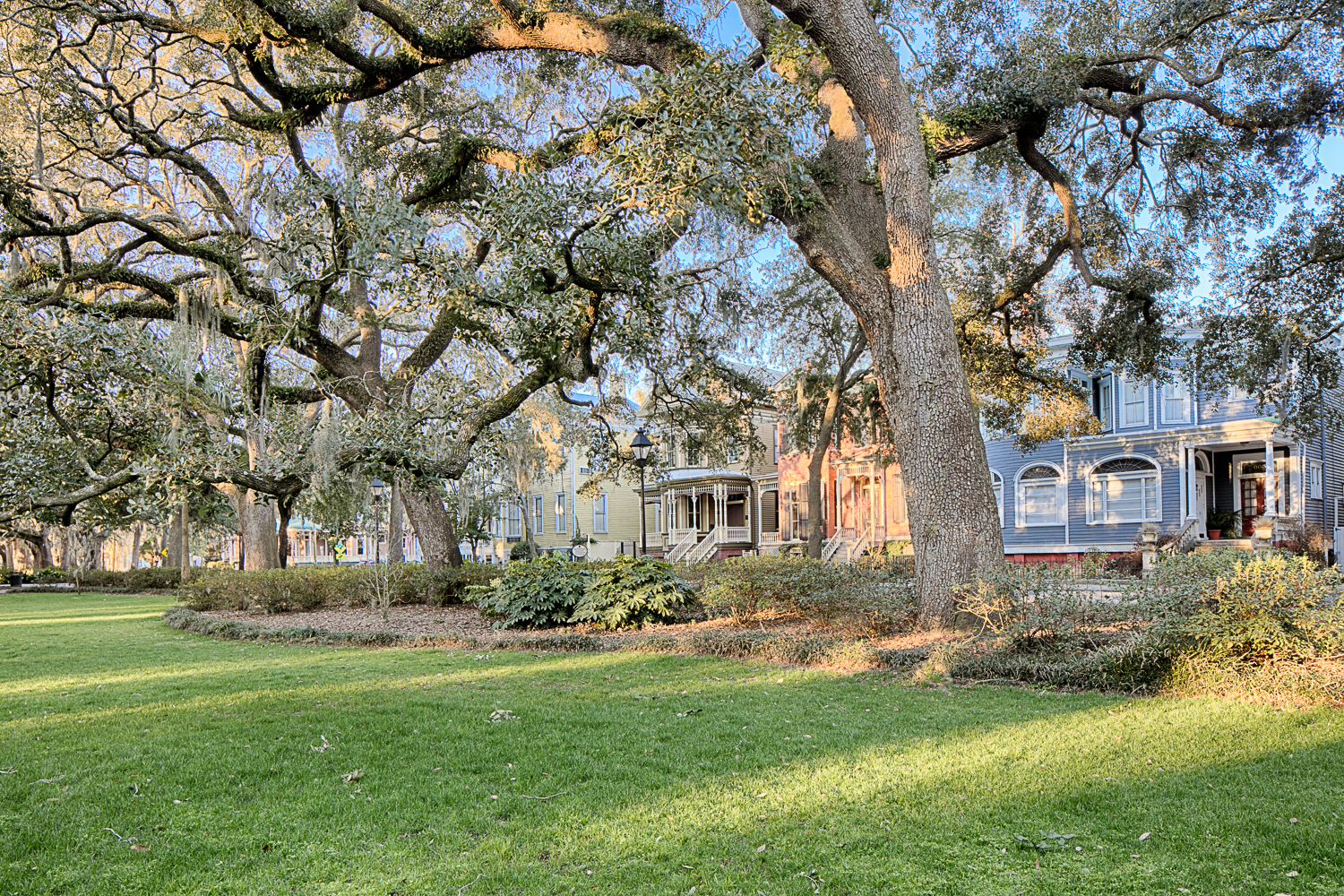 From magnificent mansions to quaint cottages, there truly is something for everyone in Savannah’s National Historic Landmark District, at a wide range of price points. Fortunately, there are still deals to be discovered in the downtown area and plenty of opportunities for anyone interested in calling Savannah home.